Wanting to waste no time, and to avoid the 100 degree heat in Grand Junction we were back in the car with running gear, climbing gear, mountain bikes and the mountaineering kit headed for Washington and the Cascade volcanoes one day after getting back from Idaho.  The plan was to brush off our mountaineering skills on Mount Adams and then climb Rainier, Hood and perhaps a couple of other peaks.  We arrived at Mount Adams, secured a comfy camp spot at the base of the South Climb Route and the next day had a blast building snow anchors, arresting falls, glissading and prepping our prussik and kiwi-coil systems for glacier travel.  We decided to go fast and light while climbing Adams since there are no crevasses on route and conditions looked perfect.  We were off at 4:00 AM and made great time with light packs as we ascended the first mile of trail.  Jess started dragging and was feeling light headed/weak but wanted to continue.  A half mile later she was drained and we decided to turn back.  She had been experiencing extreme stomach pain out of nowhere the last two days, but when we got back to camp she insisted I go ahead and climb Adams solo instead of bailing entirley, so I reloaded my running vest and set out again with the intent of running the peak.  My first summit years earlier had taken ~6 hours so I was eager to see if I was in better shape and set my sights on 5 hours round-trip.  The first three miles were dry and clicked by flawlessly.  Across the creek crossing the slope steepened and was adorned with more and more scree so I busted out my one trekking pole and started power hiking to the base of the first snowfield.  Other climbers seemed to be split about which way was best at the first snowfield, some choosing the scree slope to the west and other going straight up the snowfield.  The snow was nice and soft allowing me to sink in 2-3″ and the angle looked mellow so I decided to take the direct route to be more efficient.  This was my biggest mistake of the day.  The slope approached 50 degrees near the top and ice patches were lurking just below the snow forcing me to use my trekking pole like an ice pick to make slow, insecure progress.  Once I topped out I could see the long line of climbers headed up Pikers Peak and was happy to see that there would be a solid boot-pack for much of the remainder.  Getting to Pikers I alternately power hiked and shuffled over 6″ suncups making good time.  The boot-pack on Pikers was well established, but was already getting slushy from the warmer than average temperatures for this time of year.  I was glad to have my microspikes, but was plenty warm in my running shorts, singlet and trucker hat.  I passed many other parties on the climb, ran down the gentle slope to the final ascent and after negotiating lots of melted out scree was standing on top of the summit hut with the prayer flags that usually fly off the roof barely visible beneath my feet.  I ate some Swedish Fish, drank some water, put on my gloves for the descent to protect my hands and headed down – the climb up had taken me 2:56.  I ran/slid down the summit climb and back across to the top of Pikers to find a line of about 10 people waiting to glissade down “the chute” so I opted to keep my microspikes on and just run straight down the slope parallel to the glissade line.  I made great time and maintained a running pace all the way down to the end of the snowline where I quickly took off my microspikes and checked the time.  I had been out for 3:25 and was just over 3 miles from the TH.  I knew I was well within my 5 hour goal and figured I might be able to break 4 hours so I took off.  I redlined it down the trail passing lots of climbers burdened with heavy loads on their way up to set up an advanced camp and was moving so fast it wasn’t safe to check my time.  I passed the trailhead gate, threw down my trekking pole and checked my watch – 4:04.

I had just missed Daniel Kraft’s FKT of 4:01 (though he didn’t bother to run very fast on the descent), but my run was one of the best days in the mountains I have ever had.  I got back to camp to find Jess asleep in a hammock, and when she awoke she confirmed what we had thought might be the case – giardia was back.  Since we have both had it twice before we knew that a plan B was in order.   We decided to go to Portland to crash with friends for a few days while she got through the worst of it.

Portland was great.  Portland was hot.  So when Jess was feeling better we looked at a national weather map to find cooler temps and decided to head to the ocean.  A couple of weeks of chill running, lounging and exploring along the Olympic Coast and in the Olympic Mountains was refreshing and Jess was back on track, though still low on energy.  We decided to drive the rest of the Oregon/California coast to connect with my parents and then ended in Los Angeles to visit my sister.  Again, our summer adventures had turned out very differently that planned, but we were able to reconnect with friends and family, saw some amazing places and were more excited than ever to be back in the high-mountain desert ecosystem that we call home.

Two days after returning from our extended stay at sea-level I decided to run the Mesa Monument Striders’ Crag Crest 10.5 mile trail race that starts at 10,000 ft and climbs up and over 11,000 ft.  I have run this loop before and figured it would be a great way to kick off my acclimatization for Speedgoat at the end of the month.  The Striders put on a top-notch race and drew people from all over Colorado for the free event.  My resting heart rate in the parking lot was 103 so I knew I was going to be earning it today, but I resolved to hike when needed and make this my last strong effort before easing into the taper.  The trail was littered with columbines and it felt amazing to fly along the exposed basalt ridgeline with 360 degree views of the rocky mountains.  I stayed in the lead group to the top of the first major climb and then let loose on the descent playing to my strengths to put as much time as possible between me and the front runners.  The altitude settled in like a silent asthma attack and around mile 7 and I was reduced to power hiking even the slightest uphill.  Luckily for me there is more descending than climbing on the back-half of the course and I managed to come in 1st OA in ~1:39.  After a summer of failures, near misses and coming up with Plan Bs it felt great to have set out and accomplished a goal, albeit a small one in my own backyard.

One of the best discoveries I made this summer was the website/app Trail Run Project.  It is a crowd-sourced online guidebook exclusively for trail running and has excellent oversight and quality control by the admins.  While on the road looking for trails I found great urban adventures in Portland, was guided up Mount Tam outside of San Francisco and was led on epic alpine runs in Olympic National Park.  I was curious to see what was published for the Grand Valley and was surprised to see almost nothing up on the site for my home turf.  In the last few days I have started adding some of the most classic runs in the Grand Valley and with the help of the great site admins and the others that have contributed trails to the site I hope to help the trail running community by building up this one-stop resource for finding trails, inspiration and community.

Check it out here:

Up next I’m off to the San Juans to play in the alpine ahead of Speedgoat, and then it is time to attack this beast: 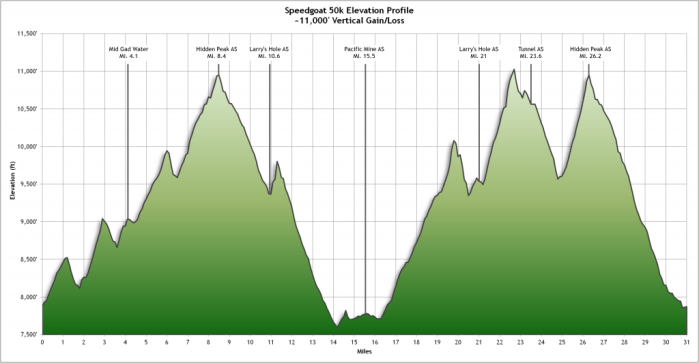 View all posts by Giff Walters